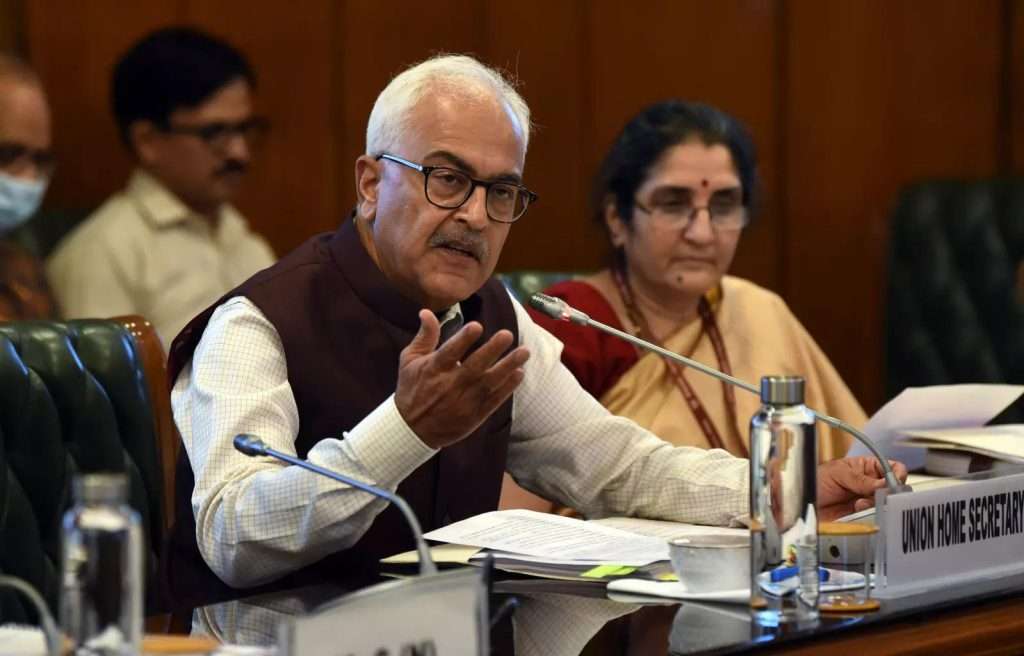 New Delhi, December 6: Union Home Secretary Ajay Kumar Bhalla on Tuesday chaired a high-level security review meeting on Jammu and Kashmir, according to sources.
The officials revealed that it was a monthly review meeting to take stock of security in Jammu and Kashmir along with ongoing development projects in UT. The officials told ANI that Home Secretary was apprised about the prevailing security situation in Jammu and Kashmir and other issues pertaining to the Union Territory.
Sources said the meeting lasted for over two-and-a-half hours in the Ministry of Home Affairs in a hybrid mode with senior officials in the ministry joining it in the presence of Director Intelligence Bureau Tapan Deka, Research and Analysis Wing chief Samant Kumar Goel, National Investigation Agency Director General Dinkar Gupta and Director General of Police Jammu and Kashmir Dilbag Singh.
Central Reserve Police Force (CRPF) Director General Sujoy Lal Thaosen was also present in the meeting that started around 12:30 pm. Senior Jammu and Kashmir Police and administration officials attended the meeting via video conference.
The meeting was held days after The Resistance Front (TRF) — an offshoot of Pakistan-based terrorist outfit Lashkar-e-Taiba — issued a threat letter to 56 employees of the Education Department from the Srinagar district.
Various Kashmiri Pandit organizations termed it a serious matter and sought a high-level probe into the matter as to how the names of the employees working under the PM package in the Education Department with their names and place of posting got leaked to a terror outfit. They have urged the government to ensure the safety of employees appointed under the PM’s package in Kashmir Valley. Several Kashmiri Pandits employed in the valley under the PMRP have moved to Jammu and are on protest for over 200 days demanding relocation of the rest of them.
There have been sporadic incidents of violence in Jammu and Kashmir in recent months that include attacks on innocent civilians and security personnel, and infiltration bids from across the border, officials said. The Ministry of Home Affairs (MHA) informed the Rajya Sabha during the monsoon session of Parliament in July this year that “no Kashmiri Pandit left from the Kashmir Valley during 2022”.
Minister of State for Home Nityanand Rai shared the input with the Upper House in a written reply to a query from Samajwadi Party MP Javed Ali Khan. “As per the records, no Kashmiri Pandit has left the Kashmir Valley during 2022,” Rai said in his reply. The Minister also shared data, mentioning that a total of 6,514 Kashmiri Pandits were residing in the Valley till July 20, 2022. As per the data, maximum of 2,639 Kashmiri Pandits are residing in Kulgam district, followed by 1,204 in Budgam, 808 in Anantnag, 579 in Pulwama, 455 in Srinagar, 320 in Shopian, 294 in Baramulla, 130 in Ganderbal, 66 in Bandipora and 19 in Kupwara.
The government’s earlier data stated that the number of Kashmiri Pandits residing in the Valley was 6,432 as of 2019. Six Kashmiri Pandits were killed by terrorists in Jammu and Kashmir in 2020, 2021 and 2022. Of them, one was killed in 2020, four in 2021 and one till July 20 this year.
Government has a policy of zero tolerance against terrorism and the security situation has improved significantly in Jammu and Kashmir, and has resulted in a substantial decline in terrorist attacks from 417 in 2018 to 229 in 2021, the data mentioned. 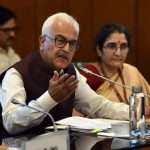